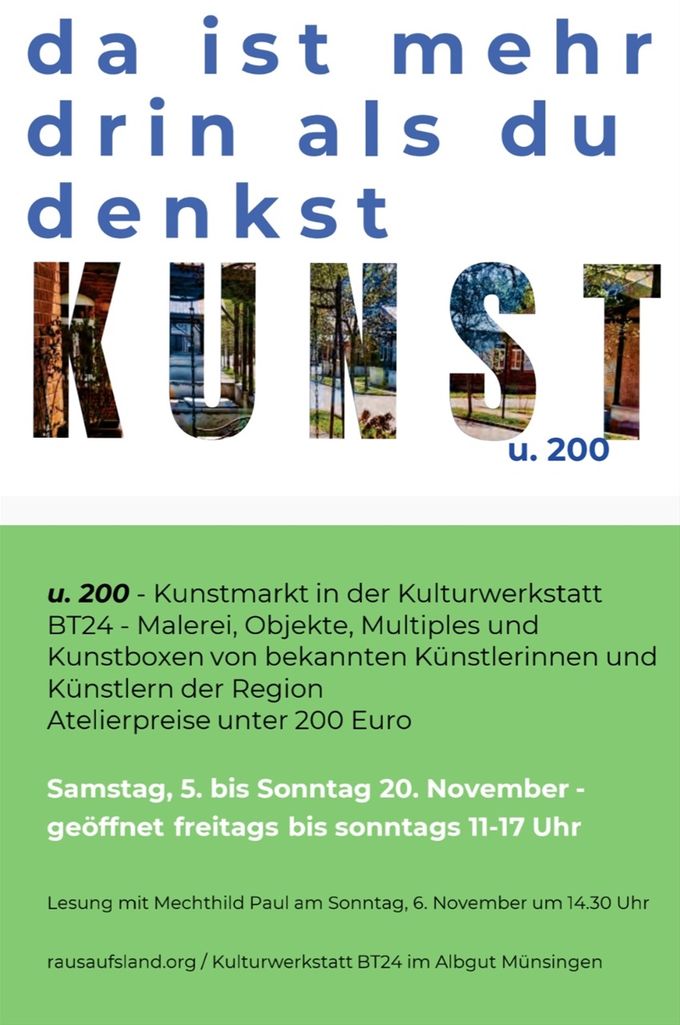 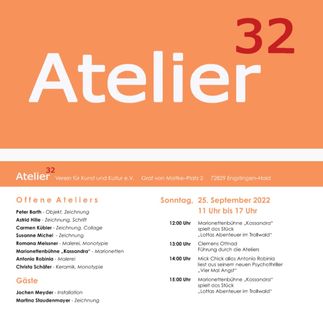 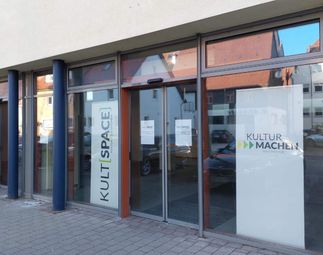 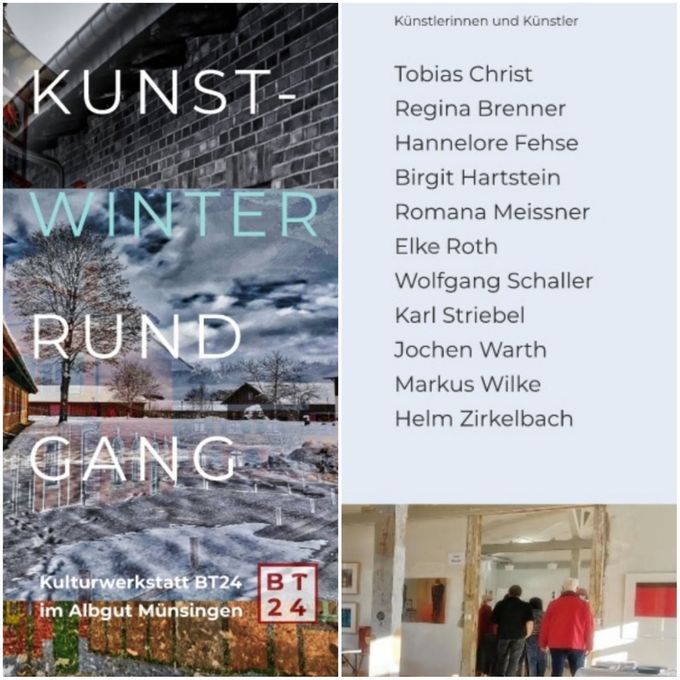 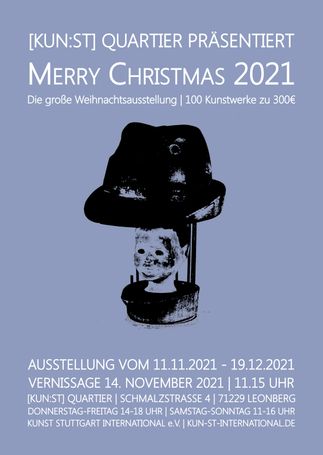 This year I'm participating with the paintings SUMMER LOVE, SUMMER RAIN and PRETTY LITTLE YELLOW FLOWER. All artworks can already be reserved under https://kun-st-international.de/merry-christmas-2021-kunstwerke/

UPCOMING! Save the date and swing by - Herzliche Einladung! 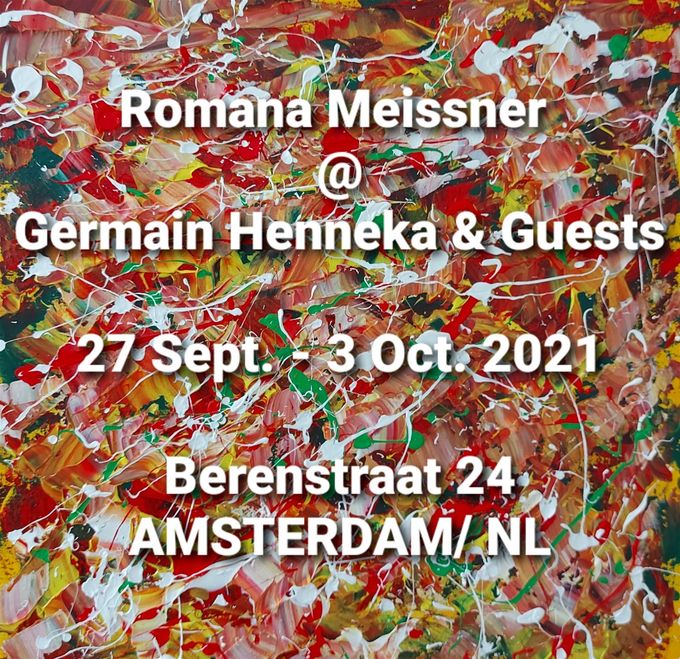 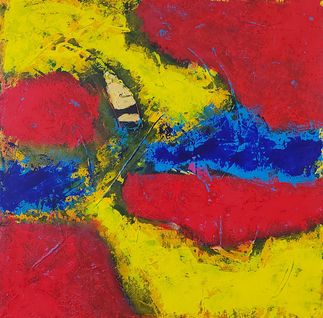 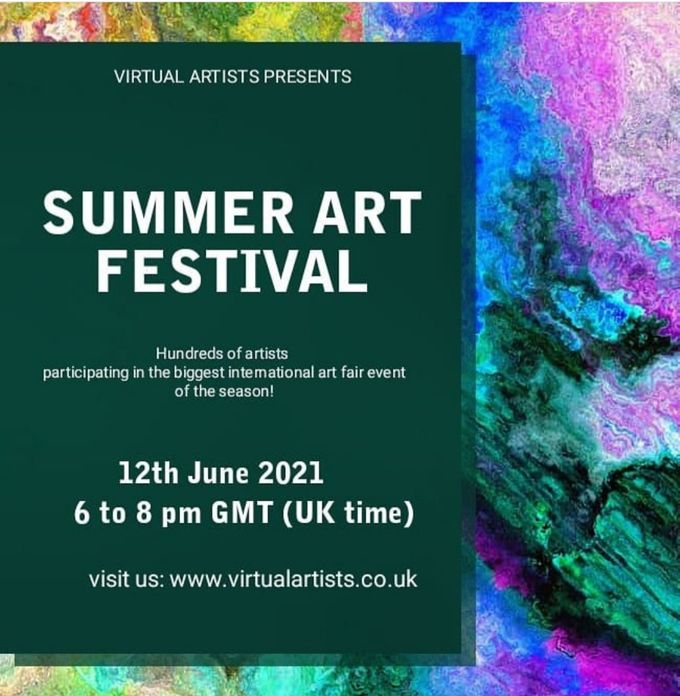 Feeling honoured to be part of this huge virtual event! 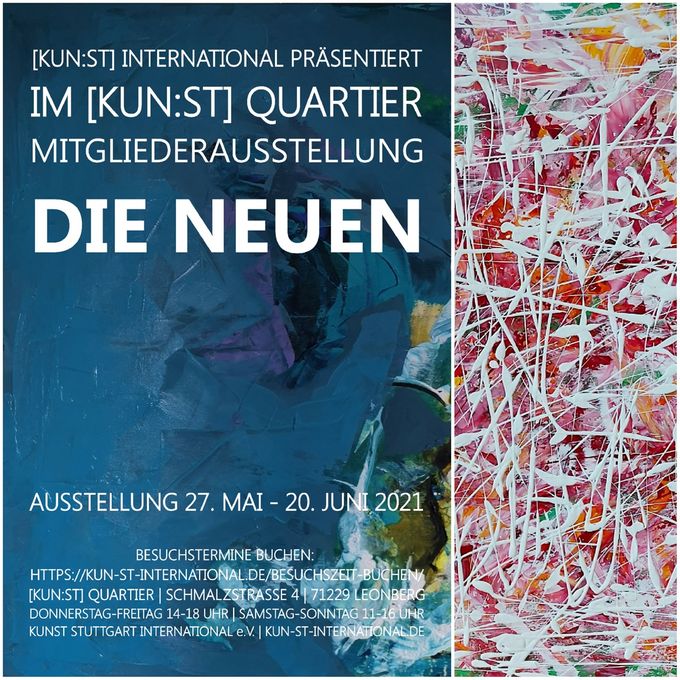 Upcoming! The first physical exhibition possible again after a long time! I'm participating as a member of KUN:ST International with my work A DIFFERENT KIND OF SPRING. To visit the exhibition in Leonberg please book a time slot under www.kun-st-international.de 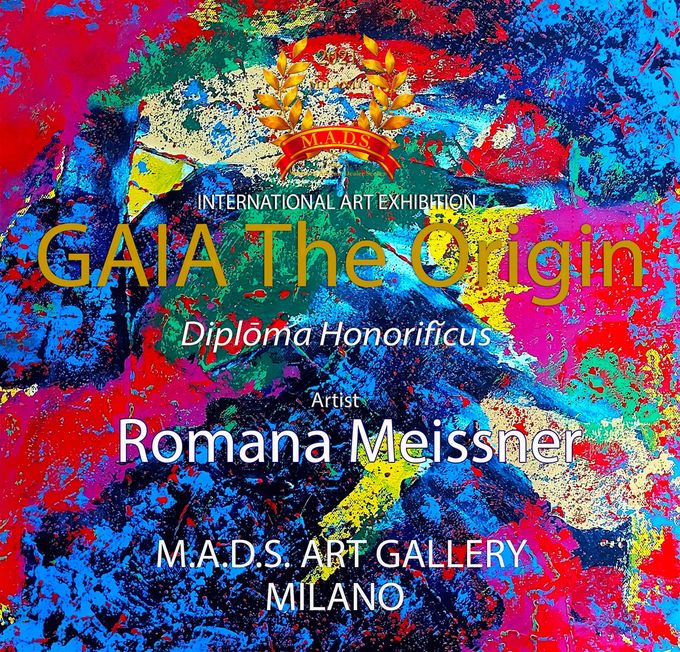 I feel honoured - a huge thank you to M.A.D.S. Art Gallery and their amazing curator Giorgia Massari! 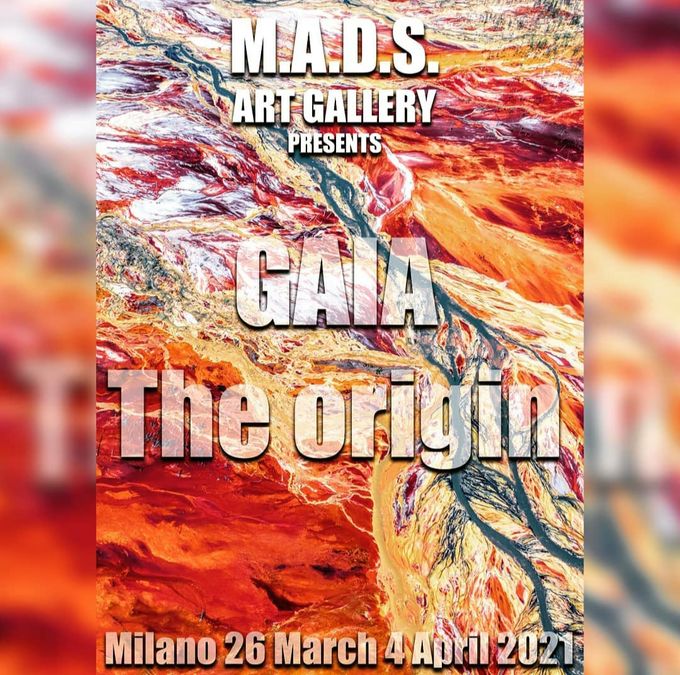 Happy and proud to participate with two of my works at M.A.D.S. Art Gallery in Milan/ Italy again! 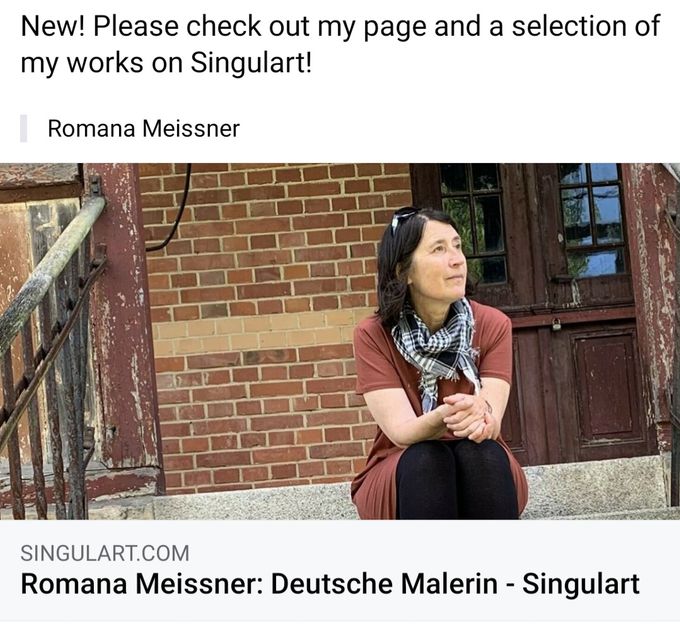 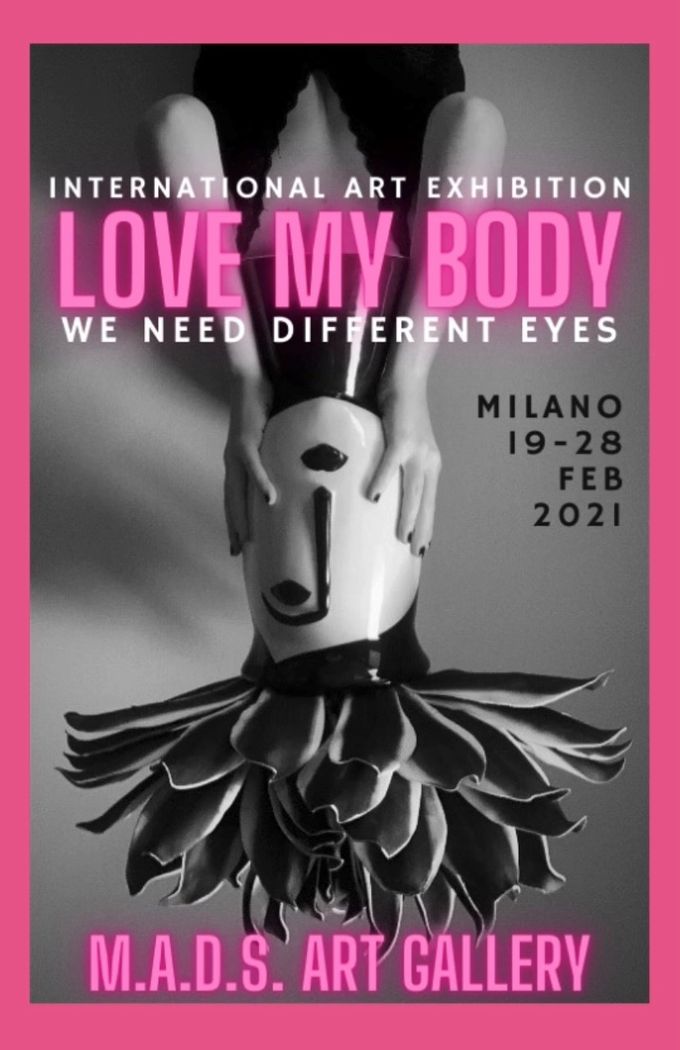 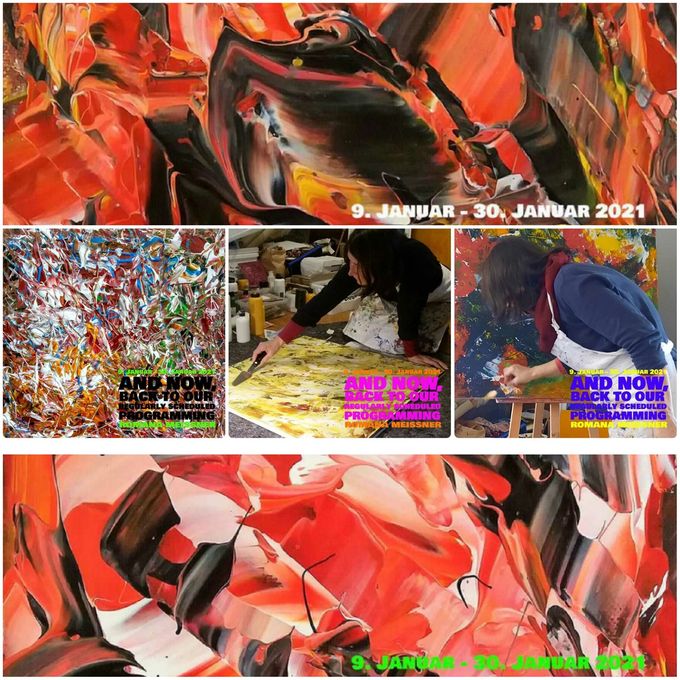 Happy and proud to be part of this amazing group show at Azaro Art Spaces in Hamburg, Brooktorkai 20! Go on a virtual tour of the exhibition in the 3D gallery under www.artland.com and choose your favourite piece!

From Jan. 9th - Feb 14th 2021 some of my works will be shown during the group show AND NOW, BACK TO OUR REGULARLY SCHEDULED PROGRAMMING at the gallery Azaro Art Spaces in Hamburg. Save the date! 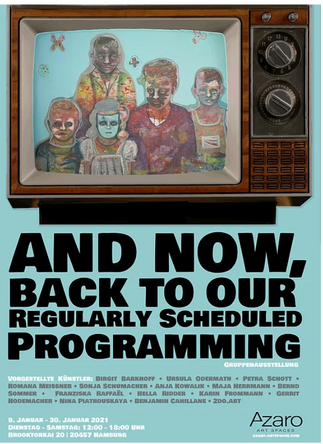 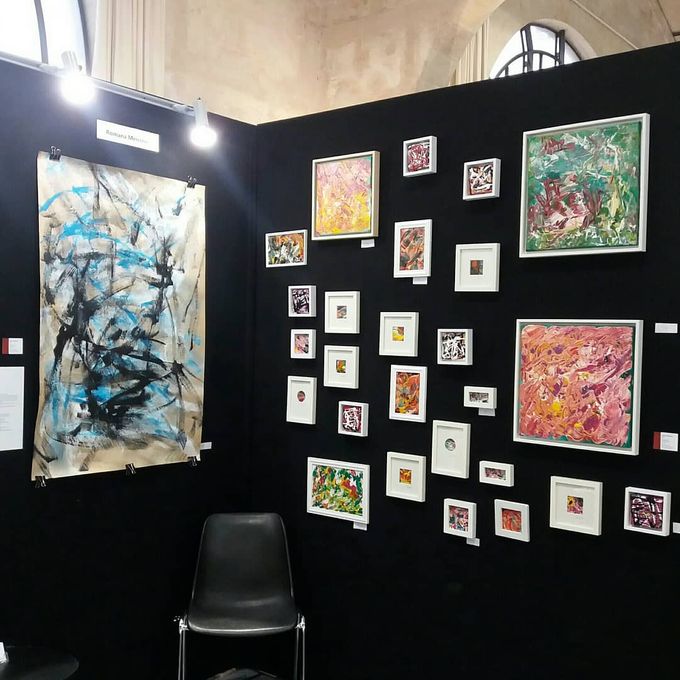 After such a long time of being unable to show our works in public in REAL, we artists are looking forward to the re-opening of exhibition and art fair venues.

So do I, and the next stop for me will be Paris! I'm proud and happy to be part of the EXPO4ART in the French capital, sharing a booth with my Amsterdam friend and colleague in art Germain Henneka, who actually drew my attention to this fair and convinced me of participating.

Now, I'm super excited and can't wait to show all my latest works there, most of them having been created in the lockdown of the past weeks and months.

So, save the date and swing by:

Being a member of the German arts association KUN:ST International Stuttgart e.V. in these difficult times is a blessing. Not only have they put every effort to support us artists with keeping in touch and thinking of ways to show and sell our art during the Corona lockdown, but also have they made it possible to get the KUN:ST Preis exhibition going in their gallery as soon as the lockdown is eased.

This is the case in Germany now, and so from June 4th till July 19th the works of all participants in the KUN:ST Preis competition will be shown in the gallery in Leonberg, Schmalzstr.4. Professionally hanged and presented they are waiting for visitors as soon as the gallery will be allowed to open again, which will be on June 4th.

All compulsory safety measures will be applied and of course there can't be an opening/ vernissage or finnisage, but everyone is invited to view superb artworks IN REAL again!

I'm participating with my monotype WHO'S NEXT?/ HASHTAG EXTINCTIONREBELLION. which I created last year under the impression of an acute climate crisis and the fact that many species are suffering that much under it that they are under threat of extinction, such as the bees, which I was missing in my balcony flowers last summer for the first time ever.

So, come by and enjoy our works! The gallery will be open Thursdays and Fridays from 2pm - 6pm and Saturdays and Sundays from 11am - 4pm. 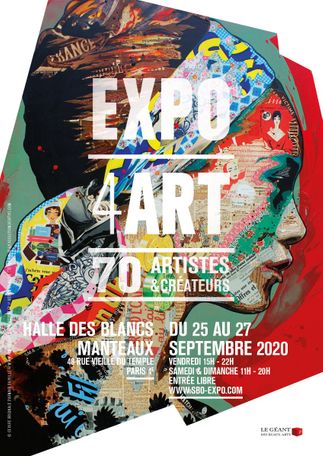 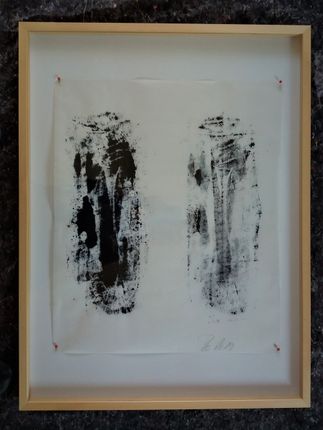 WHO'S NEXT?/ HASHTAG EXTINCTIONREBELLION. 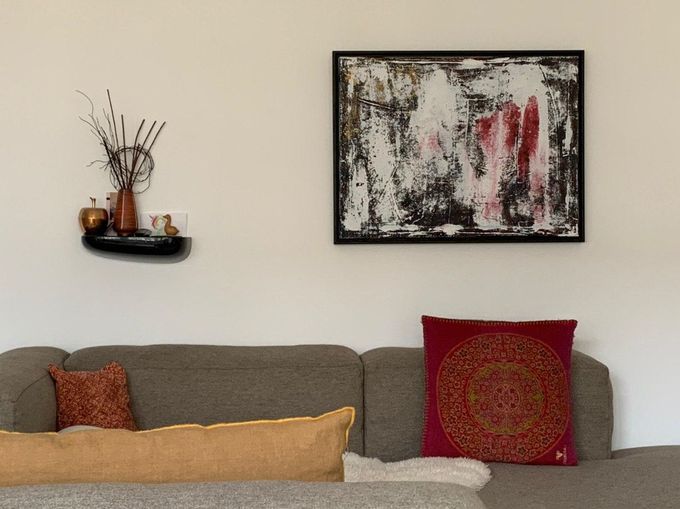 My painting SO THIS IS WHERE WE'VE GOT. in its new home in Berlin! The collector who bought it before Christmast last year gifted his girlfriend with it. A perfect choice!

Shutdown, lockdown, keep your distance, wash your hands, stay at home - for three weeks now. And nobody there to tell us when all this will end ... if ever it will.

One thing is sure: the world as we have known it is gone. But then again, as Greta Thunberg puts it, even before Corona there was no "normal". We were in a crisis already, the climate crisis. But we well fed, consumerist Westerners were able to ignore it, put it aside, somehow. Now we have a crisis in the crisis, the latter one having hit us immediately at the core and at a speed, we wouldn't have imagined.

The world has slowed down, the skies are brighter, clearer than ever before, people, although in restraint fear, more relaxed, more caring for each other, more aware of how precious life's moments are ...

And, for me as an artists this is a wonderful experience: people are more open to beauty, to colours and thus to the soothing, joybringing, healing potential of artworks.

So, in this crisis I've been selling some of my small paintings to collectors in France and the US. I'm grateful for that. The times, they sure are a-changing ... 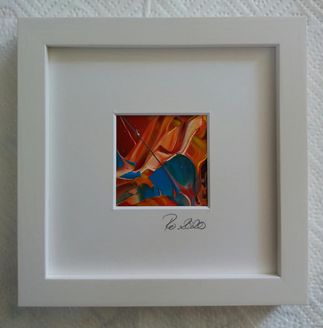 Sad, because after almost a week of self-isolation I miss my mum, whom I was advised not to visit now, I miss hugging people, I miss handshakes, I miss my morning espresso in my favourite café served by the Greek waiter with his lovely smile, I miss the random chats in the street, in the park ...

I can do this, stay at home for one, two or even three weeks - if I was told to get back all of what I miss now after this time. But I'm not, I'm not told anything like that. By nobody. There's just this low voice inside of me, getting louder every day, telling me to brace myself for something different to come, something very different from anything I've known so far. 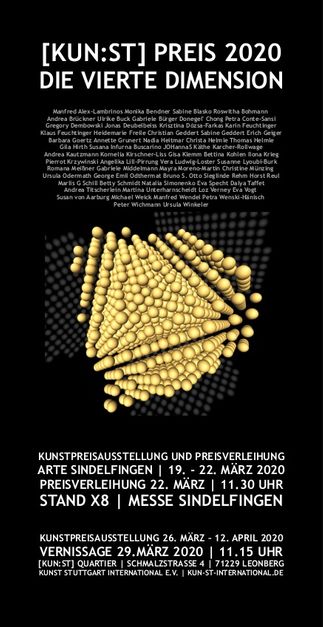 SAVE THE DATE!/ HERZLICHE EINLADUNG!

SORTING OUT THE CHAOS. 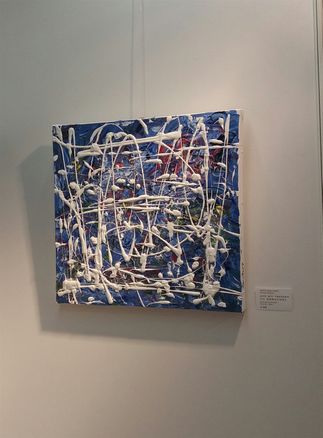 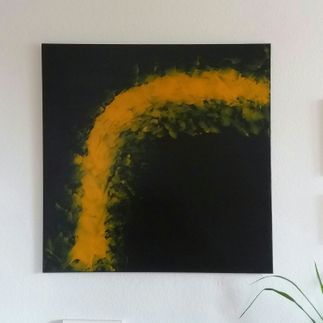 Sold during the MERRY CHRISTMAS exhibition in Leonberg/ Germany to a happy collector from Reutlingen/ Germany: SO THIS IS WHERE WE'VE GOT, Acrylic on canvas, H60xW80cm, 2016

MERRY CHRISTMAS 2019 - group exhibition (members of KUN:ST International e.V.), participation with the paintings THIS STORM WILL PASS. (I+II) and SO THIS IS WHERE WE'VE GOT.    KUN:ST Quartier, Schmalzstr. 4, Leonberg/ D

CANCELLED! (due to Corona) 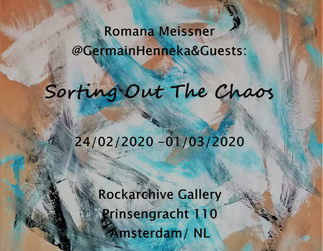 To be seen till Jan. 26th 2020 at the members' exhibition EISZEIT in the KUN:ST Quartier Leonberg/ Germany:

Sold before Christmas 2019 to a happy collector in Reutlingen/ Germany: 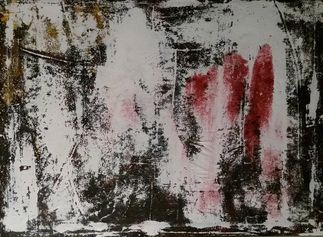 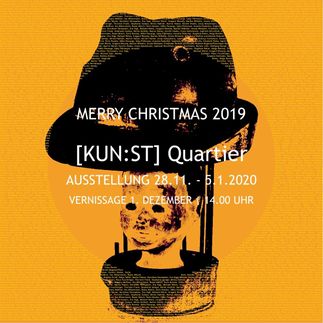 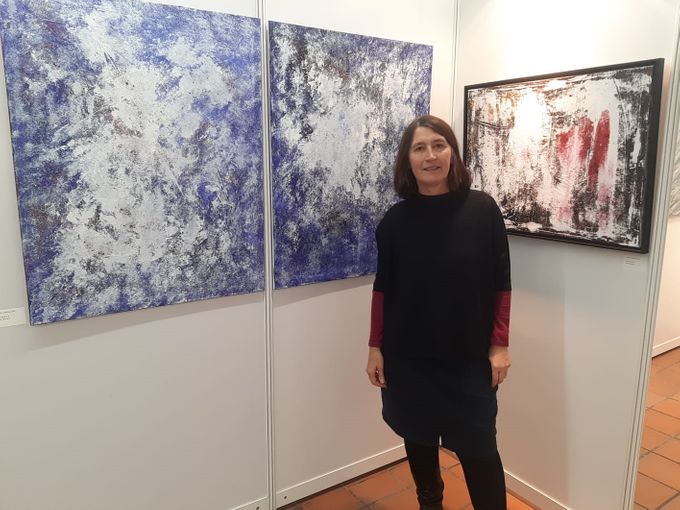 Happy to make other people happy with my work! 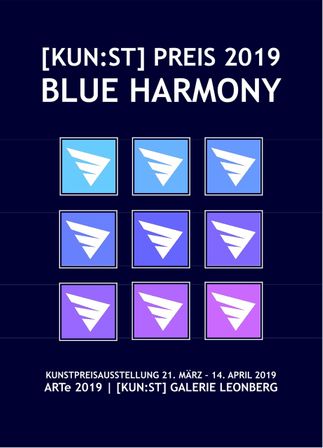 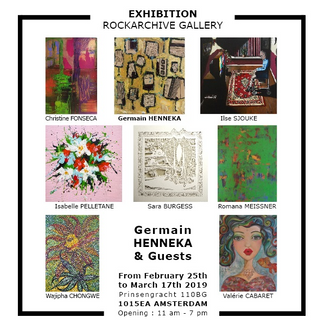 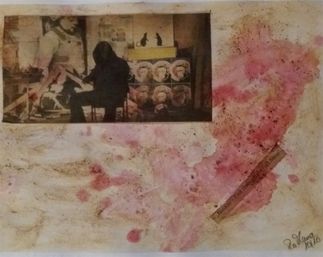